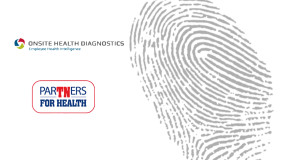 You have probably recently received a letter from Onsite Health Diagnostics regarding a security incident that may have compromised some health plan members’ personal information. TSEA received the following update from Benefits Administration regarding the matter:

By this time, hopefully every Partners For Health (PFH) plan member (and spouse, if covered) completed their Well Being Assessment (WBA). The date for completion was March 15, 2014. If you have any concerns about this requirement, you need

State employees and their dependents have now had a little over two years under the ParTNership PPO as their health insurance plan. During this time, TSEA members have voiced concerns from their experiences attempting to

Health Insurance Changes: What to expect in 2014

By Gwen Tuttle TSEA Compensation and Benefits Manager Depending on your perspective, you may be pleasantly surprised to find that the summary of changes below for 2014 do not include many of the costs

Identity Theft is the #1 Fastest Growing Crime in America, affecting nearly 13 million people per year. In order to protect your family, TSEA is excited to announce a new partnership with InfoArmor, the