Reminder – Late in the day on Tuesday Oct. 24, due to an error, the state had to restart the State Insurance Committee Election. Employees who voted in the election on Monday, October 23rd

NASHVILLE – The Tennessee Employees Action Movement endorses Julie Byrd Ashworth, D-Collierville, for House District 95. “Working to elect candidates who support state employees is an important goal for TEAM-PAC, which is why we

All but one – 99 percent – of TEAM-PAC’s endorsed candidates in the 2016 general election were elected to serve in Tennessee’s 110th General Assembly. This is great news for state employees! Whether you 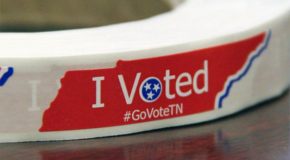 TSEA November 7, 2016 Comments Off on Election Day Information for voting 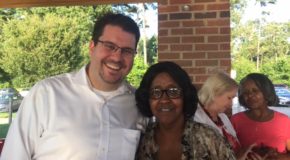 TSEA October 26, 2016 Comments Off on Why state employees support Eddie Smith for District 13

(Pictured above: Rep. Eddie Smith with TSEA’s Knox/UT Chapter President Betty Beal) As Tennesseans head to the polls, many minds are on the national candidates. But, for state workers the state and local races

TSEA October 21, 2016 Comments Off on Early voting is underway

Early voting for the November 8 general election has begun. Secretary of State Tre Hargett and Coordinator of Elections Mark Goins are encouraging Tennesseans to take advantage of this opportunity to avoid lines on

Our next election day is August 4 – this Thursday! This is a crucial time for TSEA and state employees. For many of the races, given the current make-up of most legislative districts, this 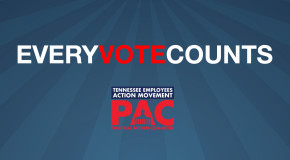 Message from your TSEA President

Dear State Employees, As you may know, August 4 is our state primary election day. Last Friday, polls opened for early voting all across the state and will remain open until July 30. TEAM-PAC,