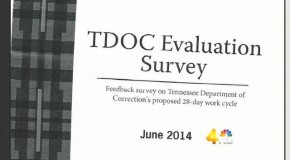 “Tonight you’re going to hear from Correctional Officers, not through their voices, but through their voting.” – That was Nashville’s Channel 4 I-Team reporter Jeremy Finley’s opening line in a […