UPDATE: HB944 was rolled one week, It is now scheduled to be heard on Jan. 31.  — After a year of debate and discussion, including two summer study sessions, our […

TSEA has a number of bills before the legislature this year, and two very important bills regarding the reductions in force (RIF) process will be heard this week in committee. [… 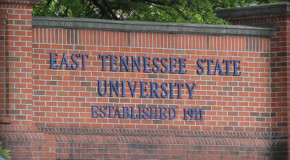 In recent weeks, rumors began to surface that custodial services at East Tennessee State University would be contracted out as a means of saving money. As rumors continued, outsourcing talk […