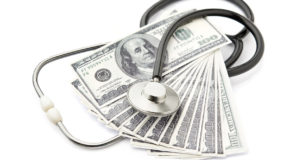 We are happy to announce that today (4/27/2018) the State Group Insurance Committee voted to give all state employees, higher education employees and pre-65 retirees a health insurance premium holiday […

This morning, TSEA received the results of the election for the vacant seat on the state insurance committee. We’d like to congratulate the winner: Michelle Consiglio-Young, with the Tennessee Supreme […

TSEA October 6, 2017 Comments Off on Annual enrollment ends next week

State and Higher Education Employees: Reminder, if you plan to make changes to your insurance benefits for 2018, don’t wait too long because your Annual Enrollment ends on Friday, October 13. […

As referenced in our recent Call to Action, the Tennessee General Assembly will be reviewing the Governor’s supplemental budget this week for final budget passage by the end of the […

NASHVILLE – State employees’ salaries will not be raised this year, but neither will their health insurance premiums, according to Governor Haslam’s budget amendment which will be released Tuesday morning. […

Health Insurance Changes: What to expect in 2014

By Gwen Tuttle TSEA Compensation and Benefits Manager Depending on your perspective, you may be pleasantly surprised to find that the summary of changes below for 2014 do not include […