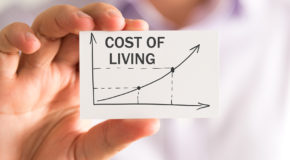 2019 Cost of Living Adjustment for all Eligible Retirees

TSEA June 24, 2019 Comments Off on 2019 Cost of Living Adjustment for all Eligible Retirees

The cost of living adjustment (COLA) for retirees effective July 1, 2019 will be 1.9%. Any retired state employee who has been retired for at least 12 full months on […

TSEA October 6, 2017 Comments Off on Annual enrollment ends next week

State and Higher Education Employees: Reminder, if you plan to make changes to your insurance benefits for 2018, don’t wait too long because your Annual Enrollment ends on Friday, October 13. […

Again this year, TSEA will offer opportunities for formal and informal fellowship with other state retirees at luncheons that feature educational and informative seminars by guest speakers in a casual setting. […