Tennessee Department of Finance and Administration Commissioner Butch Eley announced today that state revenue collections for December were $156.4 million higher than the budgeted estimate and were 7.84% more than [… 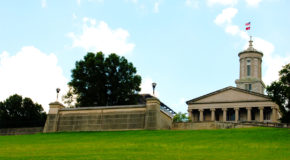 The state has announced overall November state revenues were $1.0 billion, which is 8.98 percent more than November 2017 and $45.9 million more than the budgeted estimate. The FY18 year-to-date […