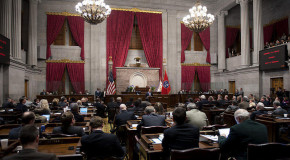 SAVE THE DATE: 2015 Regional Legislative Dinners Attendees are asked to be at the event site by 5:45 PM for a brief meeting to explain our goals for the evening. Dinner with […

Do you want a pay raise? If so, click here to join us in asking for one by signing our petition to the Governor. Over the last four years state employees have […