What we know about Market Adjustment increases effective July 1, 2017 TSEA staff has received the complete list of all job classifications that will see the market adjustment of 4% [… 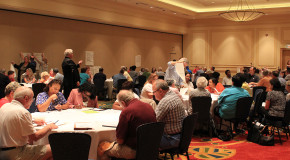 In order to better accommodate our lodging and meeting room needs, the date for Leadership University 2013 has been moved up a week earlier this year. This change will allow […

NASHVILLE – Over the last two years, funding was set aside in the General Appropriation bill for the FY 2013-2014 salary policy – effective as of July 1, 2013. Included in […

Earlier this morning, TSEA received a copy of the state’s salary calculator and instructions as sent to workers in DHS. This calculator was provided by the state to assist you in […

As we have previously reported, the State is finishing a salary study that will be implemented on July 1st, 2013. This, of course, is the salary study for which nearly […