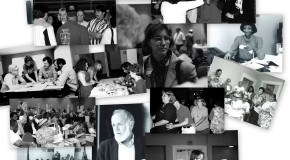 TSEA at 40: In the Beginning

“I cannot remember all the other details of that first [TSEA] meeting. But I do know it lit a fire in my soul and the souls of many others in […

Thursday, June 19 opened the festivities for TSEA’s 40th Anniversary Representative Assembly at the Embassy Suites Hotel in Murfreesboro, TN. Delegates were welcomed on Thursday with a meet and greet […