TSEA at 40: In the Beginning

“I cannot remember all the other details of that first [TSEA] meeting. But I do know it lit a fire in my soul and the souls of many others in that room.”
-Former TSEA President Judy Wahlstrom

Labor Day weekend of 1974, a small group of employees met at the home of Juliette Griffin, a supervisor in the Department of Human Services, to discuss organizing state employees. Among those in attendance was an employee from the Department of Revenue named Charles Dodson. The vision of this new organization would be to

The majority of the early members, some 50 to 75 of the people in attendance at that first gathering, were from DHS and Revenue, thanks to Griffin and Dodson. Dodson stated it was time for state employees to stand up for themselves and that an organization was the only way to pursue fair pay, benefits, and working conditions. He spoke about the unfair practices of patronage and the need to secure employment rights for state employees and that state employees were the only ones who could make a difference for themselves in the future. 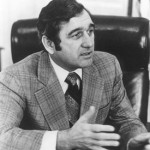 During the meeting, it was decided there needed to be a dues structure in place; $12.00 per year on a cash basis, paid monthly or yearly. TSEA also established itself as a bi-partisan organization from its inception, as the well-being of state employees could only be achieved and maintained through forming relationships on both sides of the aisle.

In the early days of TSEA, the organization was given little regard. Then Governor Ray Blanton told his administration to just “leave that little group alone,” as, he surmised, they would soon go away. But with heavy hitters like Speaker of the House Ned Ray McWherter and Senator Douglas Henry supporting the Association from the beginning, Governor Blanton’s dismissal of TSEA was soon proven wrong.

The first official chapter of TSEA was formed in Shelby County, and Wahlstrom said, “Things just kept progressing and chapters began to form across the state.” Many of the early members came from the Department of Human Services, which continues to be one of the departments with the largest TSEA memberships to this day.

Things for the Association quickly began to take shape once established; the first Representative Assembly was held in Nashville at the 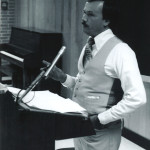 Downtown UT Campus (now Tennessee State University) in June 1975. An office was acquired in the Capitol Boulevard Building in downtown Nashville. Linda Cartwright-Darden was hired to be TSEA’s “jack of all trades,” Terrell Gregory was hired as the first Field Representative, Wahlstrom’s mother donated a table and chairs, and along with a phone and a manual typewriter, the association had its first headquarters and staff.

TSEA’s first President, Allan Curtis, decided to hire an Executive Director shortly thereafter but funds were tight as payroll deduction was not established until 1977 and all the Association’s revenues were still based on cash mailed in. As a result, the salary of the first Executive Director, H. Carter Harris, was unable to be paid one month as the Association struggled to recruit members and secure dues payments. Only after the Board of Directors passed a hat around the table to gather donations was Harris able to be paid. Wahlstrom noted that after that particular meeting, “I do not remember ever having to pass the hat again to pay the Executive Director or any other staff 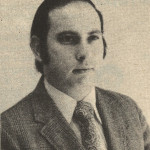 The early Representative Assemblies held by TSEA were crucial to the foundation of the organization, as it allowed the members to expand constitution and by-laws to steer the Association in the direction which state employees needed. 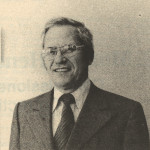 During the first year of the association leading up to the first RA, held in 1975 in Nashville, membership growth was explosive. “TSEA reached a milestone when we acquired our 300th member after only 8 months of existence,” said Tom Haynes, “and between November 1974 and February 1975, membership was over 800.” Haynes said that by March of 1976, TSEA’s membership had topped 1,600 members, and the first organized chapter, Shelby County, had over 500 members alone by this time. There was no denying it – TSEA was on a roll.