Do you know your voting rights?

TSEA August 6, 2014 Comments Off on Do you know your voting rights?

Tomorrow is Tennessee’s State Primary Election Day. As we look forward to tomorrow’s election, below we have included some helpful information and reminders for you to consider as you exercise your right to vote. 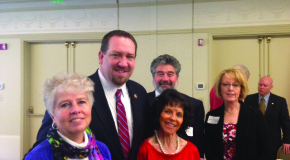 TSEA May 13, 2014 Comments Off on TSEA Legislative Days Round-Up and Pictures

Many meetings, fundraisers, and worksite visits have taken place over the past few months, and TSEA’s Political Action Committee, Tennessee Employees Action Movement (TEAM), has been there. Here are just a few of the 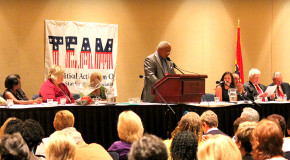 TEAM is the non-partisan political action arm of the Tennessee State Employees Association. The nine-member TEAM Administrative Committee, which serves as the governing body directing the activities of TEAM. Nominations for candidates must be