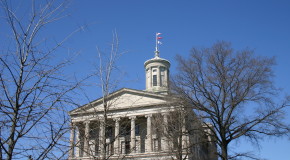 The Tennessee State Employees Association congratulates Danielle Barnes on her promotion to commissioner of the Tennessee Department of Human Services. Commissioner Barnes is a strong leader who TSEA believes will stabilize a department […

TSEA is very concerned by the recent elimination of more than 100 jobs by the Department of Human Services. DHS, on Friday, eliminated 121 probationary positions in their Family Assistance […