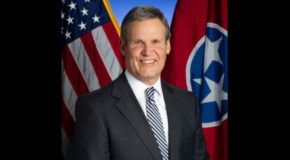 TSEA congratulates both Karl Dean and Bill Lee on securing the nomination for governor from their respective parties. We look forward to working with the eventual winner on the important issues facing Tennessee’s great

NASHVILLE – The Tennessee Employees Action Movement (TEAM-PAC) the official PAC of TSEA, today voted to endorse Beth Harwell in the Republican Primary and Craig Fitzhugh in the Democratic Primary in the race for

TSEA November 4, 2014 Comments Off on Election Day is Here!

ELECTION DAY is here in Tennessee! All state employees need to get out and vote today! At few other times can you have as much impact on your future as you can on election

Governor gives his State of the State address; 1% raise proposed for state employees

TSEA February 5, 2014 Comments Off on Governor gives his State of the State address; 1% raise proposed for state employees

TSEA was in attendance Monday as Governor Haslam gave his fourth annual State of the State address to Tennesseans. Under the theme, “Tennessee – America at Its Best”, most of the speech focused on