Many of the residents of Greene Valley Developmental Center as well as all of the facility’s employees need YOUR help! In an effort to exit a 20-year-old lawsuit, the State […

Court ruling announced, state to move ahead with layoffs

Earlier this morning, during a session of the Second Circuit Court, Davidson County Circuit Court Judge Amanda McClendon announced her decision to deny a preliminary injunction, sought by TSEA, that [… 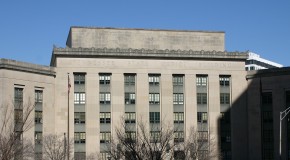 Earlier today, the state’s job portal website (NeoGov) came back online. As of the writing of this message there were 225 positions posted on the site. The closing date listed […

If you are affected by the recent reductions-in-force (RIF), and your lay-off date is this week, you need to be aware that Davidson County Circuit Court Judge Amanda McClendon – […

Today, at a 9 AM hearing before Davidson County Circuit Judge Amanda McClendon, lawyers for TSEA and Governor Haslam and the several departments recently sued by TSEA argued their respective […

NASHVILLE, TN. – The Tennessee State Employees Association (TSEA) has filed a class action lawsuit in the Circuit Court of Davidson County against the State of Tennessee charging that the […