All but one – 99 percent – of TEAM-PAC’s endorsed candidates in the 2016 general election were elected to serve in Tennessee’s 110th General Assembly. This is great news for [… 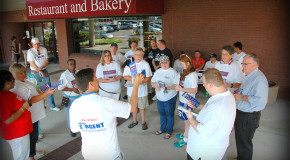 “I’ve never before campaigned for a Republican, (a life changing experience 🙂 ). But the most fun I’ve had so far with TSEA was campaigning in Williamson County for Rep. […