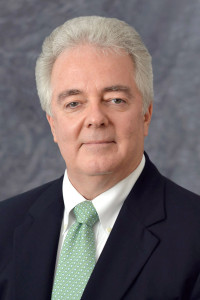 John Summers is the new Executive Director for TSEA.

“John has spent his entire career advocating for others with great success and we are very pleased to have him as our new Executive Director,” TSEA President Phil Morson said. “As TSEA this year celebrates 40 years of advocating for the rights and interests of state employees, we are excited about the future of the association with John Summers on our team.”

Summers served as the Executive Director for the Tennessee Trial Lawyers Association for 20 years, from 1980-2000. More recently, he offered government relations, political consulting, PAC development and communications services for a range of clients through his law firm, John Summers & Associates. Summers is also an adjunct instructor in the Business Management program at Nashville State Community College, and is a former Council Member in Metro Nashville and Davidson County.

“It’s our state employees that make our state government work, but their hard work and reliability is often overlooked,” John Summers said. “TSEA has been a strong advocate for state employees for many years and now we are going to make it even stronger.”

John Summers earned his law degree from the Nashville School of Law and holds a master’s degree in communication from the University of Tennessee.