Have you completed your Well-Being Assessment? (Partners for Health Update)

It is March 1, 2013, which means there are only 15 days left to complete your Well-Being Assessment (WBA) which is the first requirement of your Partners For Health (PFH) promise for 2013. DO 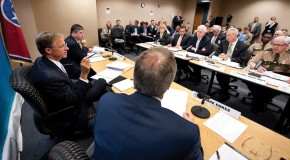 How much do you know about Compensatory Time?

Compensatory Time, or comp time as it is most often called in the work place, is leave with pay earned by an employee who works overtime (OT) but whose job is not eligible for