Is facilities management outsourcing about something bigger than Tennessee?

TSEA May 18, 2017 Comments Off on Is facilities management outsourcing about something bigger than Tennessee?

Not surprisingly, amid what seemed like daily rebukes from TSEA, state legislators, and other interested parties, both Governor Haslam’s massive state-wide facilities management outsourcing scheme has survived virtually unscathed. 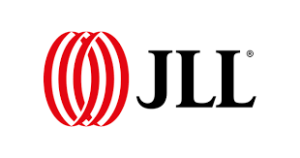 In late March, the Haslam administration announced JLL as the winning bidder for their controversial state-wide facilities management outsourcing contract. Following this news, TSEA issued this statement. “JLL winning this contract isn’t a surprise, but it is concerning that Tennessee continues to award major multi-million dollar taxpayer-funded contracts to the same out-of-state company who has yet to prove they are saving taxpayer money,” TSEA Executive Director Randy Stamps said. “It is no secret that Gov. Bill Haslam was an investor in JLL before he was our governor, and due to that prior affiliation, the relationship between this particular company and the Haslam administration is suspect. What we are seeing seems a lot like crony capitalism.”

Then, a few weeks later, JLL signed the controversial outsourcing contract on April 21, three days before the only publically posted contract signature date since the RFP’s December issue date, and a full week before their deadline.

While the state had the right to adjust the RFP schedule, section 2.2 of their Facilities Management RFP states that any adjustment of the Schedule of Events shall constitute an RFP amendment, which didn’t happen this time.

Not adhering to the only schedule available to the public was just another example in a long line of questionable practices associated with this RFP and why state employees and many in the legislature want more time to study this outsourcing scheme.

But, an event which took place in early May is now raising some serious questions.

On May 3-4, the National Association of State Chief Administrators (NASCA) held an in-person roundtable on Facilities Management in Tennessee. Their stated Learning Objectives were as follows:

The event was held in the Tennessee Tower and was sponsored by JLL. According to a NASCA communication, representatives from approximately 13 states were expected to attend. This roundtable was a part of a series of events promoting JLL’s work in Tennessee to other states.

In October of 2016, during NASCA’s 2016 Institute on Management & Leadership held in Olympia, Washington, a case study entitled “A Managed Service Contract for Facilities Management in Tennessee” was presented to attendees (representatives from other states). The presentation promoted the relationship between Tennessee and JLL and promoted JLL’s work.

Two discussion questions at the end of the presented case study are particularly interesting. The questions read as follows:

Then, in February of 2017, NASCA held a webinar highlighting the partnership between Tennessee’s Department of General Services and JLL. The web page promoting the webinar begins with the following paragraph:

The State of Tennessee has taken on an initiative to improve the management of the state’s real estate portfolio, one of its largest expenses. Learn how officials from the Department of General Services (DGS) worked with Jones Lang LaSalle (JLL) to prepare a master plan of the agency’s facilities and improve the organization and management of those facilities. With this revamped approach to facilities management, DGS will save more than $40 million over the 5-year contract.

The purpose of each of these events is to promote the facilities management partnership between JLL and Tennessee.

So, if nothing else, JLL clearly had an advantage all along to land Tennessee’s larger FM contract. Not just because they already had the smaller FM contract, but because Tennessee was and still is aggressively promoting JLL’s work to other states.

However, curiously, the May 3-4 conference was promoted heavily during the February webinar. If there were any doubt JLL would land the major state-wide FMO contract in April, why would they book another what is essentially a sales pitch meeting to occur in May, immediately after the April contract signature date? Why invite representatives from 13 other states if there were a chance JLL wouldn’t land the deal? Strategically, it seems like if there were any doubt, they would have scheduled it before a vendor was selected. Otherwise, if JLL didn’t land the contract, the other states might have wondered why, if JLL’s work was so great, couldn’t they land the larger contract in Tennessee?

Also, consider Gov. Haslam’s October 2015 presentation in NY to the bond rating agencies which included a slide saying Tennessee will outsource FM, even though at the time it was supposed to be only exploratory. Haslam downplayed the slide when he returned to Tennessee, but it does beg a few questions. Could this plan have always been about more than just Tennessee? Has there always been a bigger multi-state goal for JLL? Is this why the Haslam administration seems dead set on this plan?

“Let’s be clear, when the alliance of JLL and the Tennessee Department of General Services told us that other states were looking at massive outsourcing, it was because that alliance had created an entity to promote outsourcing and enrich JLL,” Randy Stamps said. “Many of us wondered why create so much upheaval in state government at prisons, universities and national guard armories to ‘save’ a relatively small amount of tax dollars? Now we know the answer. Tennessee is the incubator to allow corporate greed to access taxpayer dollars in a dusting money grab. This is the latest and greatest form of corporate welfare. Every Tennessean should be appalled that Governor Haslam masterminded this massive scheme.”