But some candidates won by a very small margin. If state employees had decided to stay home, these endorsed candidates would not have been elected.

For instance Representative David A. Shepard was a TEAM-Endorsed Candidate and targeted race this year. Rep. Shepard has supported state employees and proven himself a friend to TSEA of the years – in fact, he’s a member.

He won his re-election by just 16 votes.

16 votes were the difference it took to send Rep. Shepard back to the General Assembly in January. Now he can continue to work with our other endorsed candidates to protect your jobs, your benefits, and your pay.

For a more information on the election results, click the images below 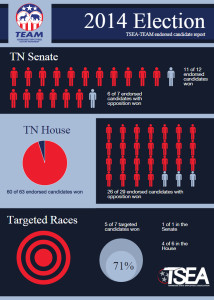 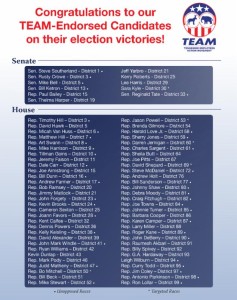